Interactions between Climate and Biodiversity

The aim of this Science School – as in other years -  is to gather students with interests alike on interactions between climate and biodiversity in several working groups, in order to develop and implement research concepts and methodologies for short studies during  a two week field period.

Topics for this year’s La Palma 2017 Science school focused on spatial patterns of fire in pine forest, Remote sensing techniques , invasive species in protected areas, endemisms and biotones along an elevation gradient, among others.

The island of La Palma is completely protected as MAB biosphere reserve and hosts a national park (Caldera de Taburiente) and Natura 2000 sites. Human population density and pressures are rather low in comparison with other islands. The climatic conditions are very diverse, also because of the prominent elevation that reaches up to more than 2400 m a.s.l. which is above the tree line. Large parts of the island are covered by natural Canary Pine forests and by laurel forests. Sub-recent volcanism took place until 1971 creating young lava flows and vast lapilli fields. 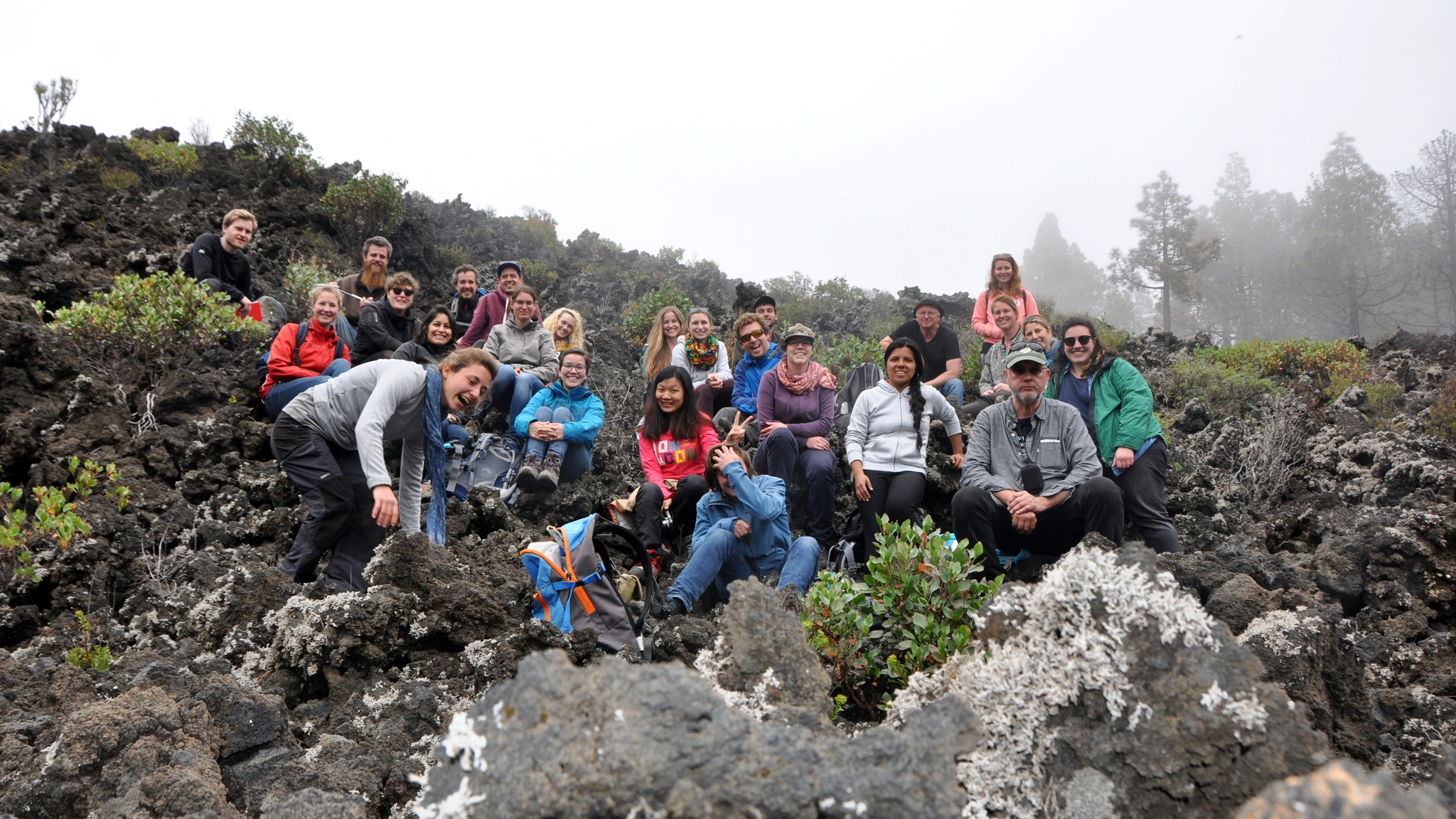