In the Pannonian Basin and the western and northern Black Sea region, loess paleosol sequences of several decametres thickness are widely distributed. They constitute valuable long-term archives for the Quaternary climate and landscape history. 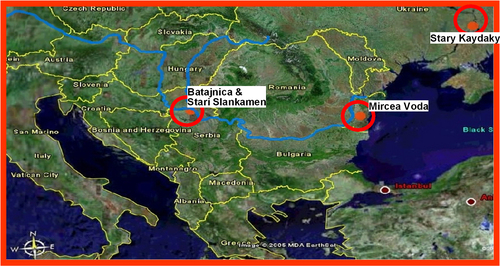 The present knowledge suggests that substantial changes in climate and vegetation (forest, forest-steppe, steppe) occurred in this region during the Quaternary. However, the scientific basis for is up to now very sparse. Therefore, we study three potential key sections of the region: Batajnica/Stari Slankamen (Serbia), Mircea Voda (Romania) and Stary Kaydaky (Ukraine). Each section contains loess-paleosol sequences corresponding to at least six glacial-interglacial cycles. The reconstruction of the paleoenvironmental conditions is based on several pillars:

4) Reconstruction of the paleovegetation

Methods: Synopsis of the multiproxy dataset