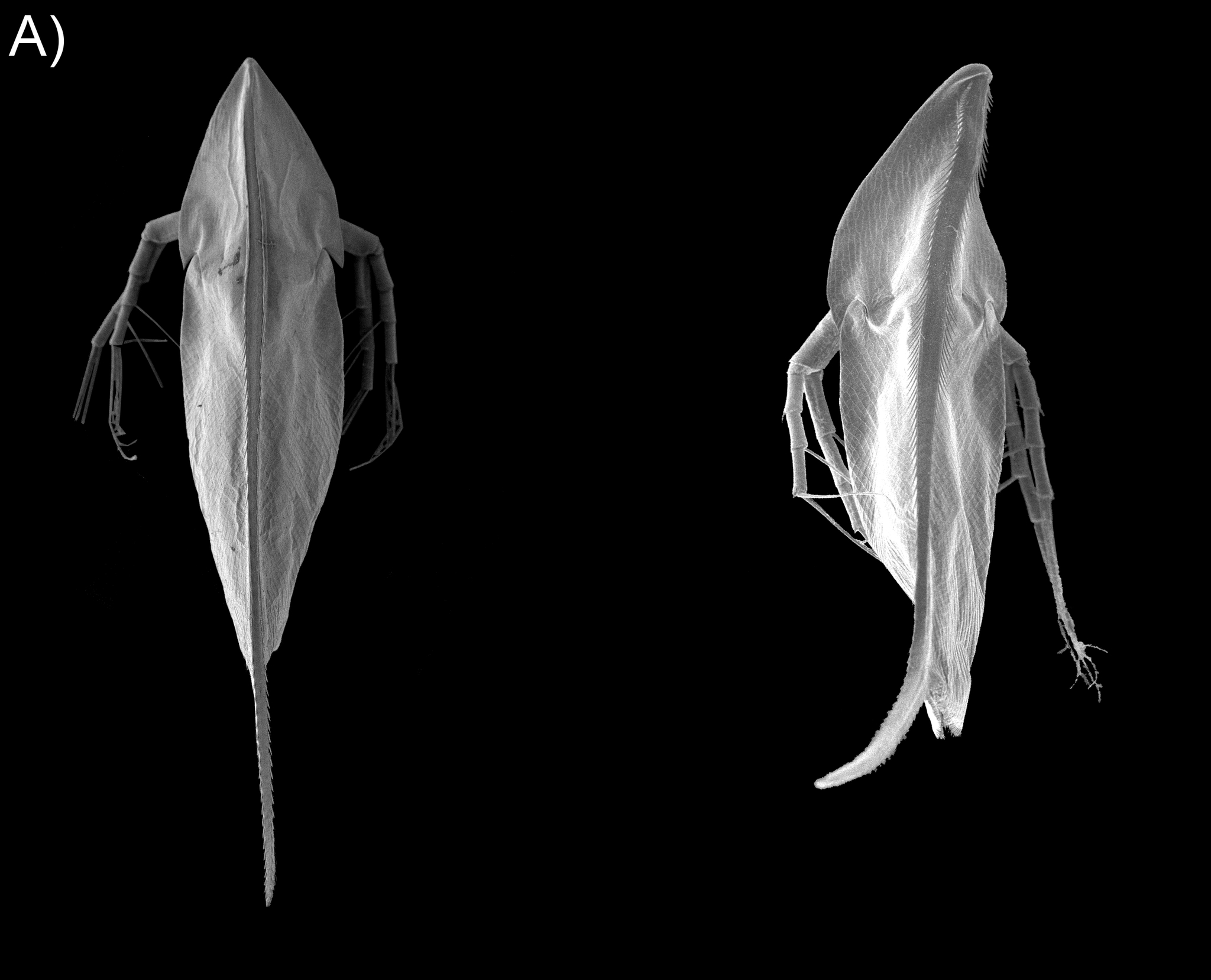 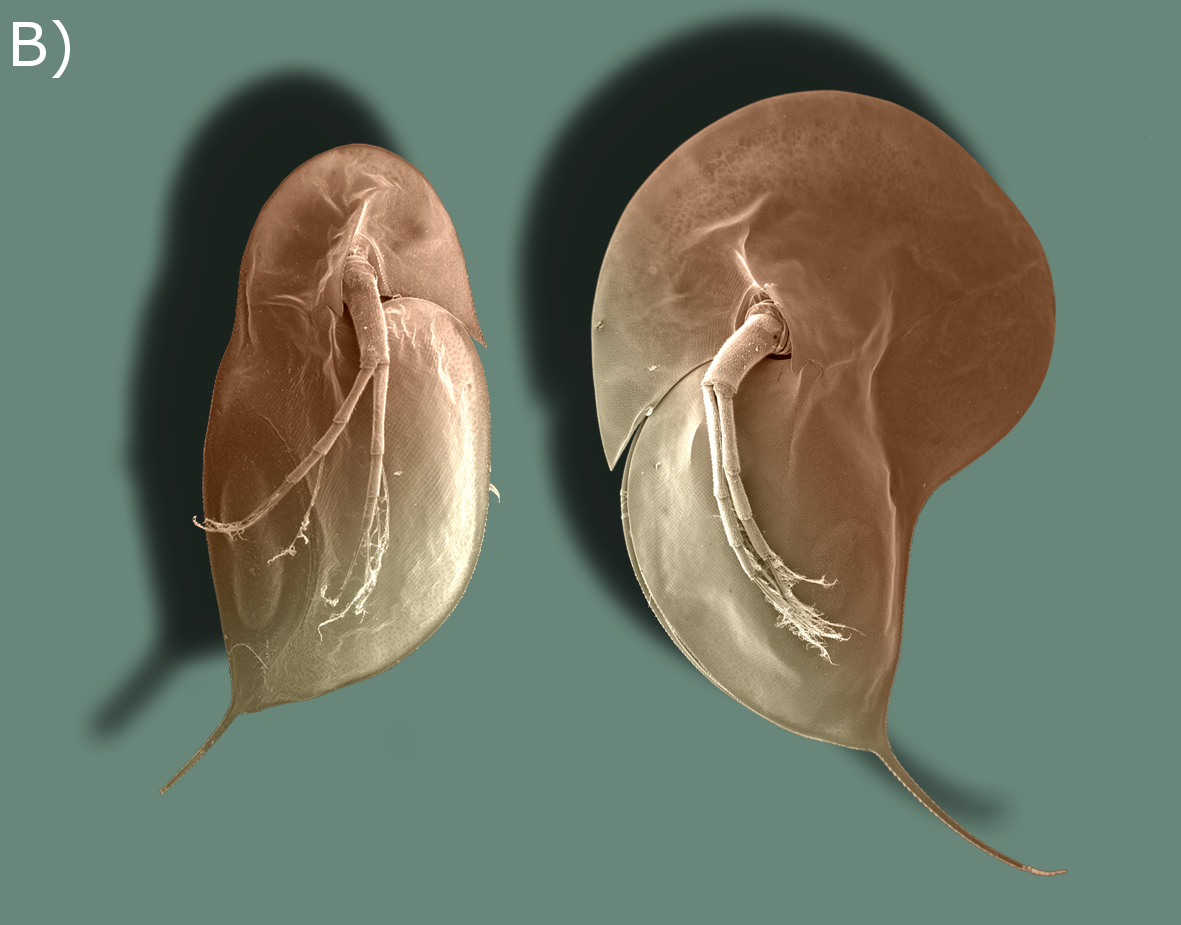 Scanning electron microscopy images of selected inducible defenses in Daphnia.
A) Daphnia barbata: dorsal view of a non-predator exposed individual (left) and an individual exposed to the prehistoric crab Triops cancriformis. Noticeable here is the torsion of the entire body, accompanied by a breakdown of the bilateral symmetry of the animal.
B) Daphnia longicephala: lateral view of a non-predator exposed animal (left) and a predator exposed animal (right) that has developed a greatly enlarged dorsal head cap (crest) in the presence of the dorsal swimmer Notonecta sp.

Predation is a key factor in explaining both population dynamics and the evolution of prey organisms. Due to this selection pressure, diverse defense mechanisms have evolved in the plant and animal kingdoms. The phenomenon of inducible defense describes the strategy of developing protective mechanisms only when reliable indicators of high predation risk for the prey individual are present. On the other hand, inducible defense mechanisms, a form of phenotypic plasticity, allow for the best possible protection in the face of a frequently changing predator spectrum and minimize the costs associated with defense if the protection is not needed. The sometimes extreme morphological plasticity of Daphnia provides the optimal prerequisite to follow adaptation to environmental factors from the ecological to the genetic basis and to investigate the processes that have led to the evolution of phenotypic plasticity. Current research projects include: the investigation of previously unknown morphological defense mechanisms in Daphnia; functional morphological studies on the protective effect of the defenses; the investigation of the adaptation mechanisms of Daphnia to multiple stressors; and the analysis of the molecular basis of morphological plasticity in Daphnia in close collaboration with the Daphnia Genomics Consortium.

Youtube-KanalKontakt aufnehmen
This site makes use of cookies More information
✖