Deep thaw - What is the answer to permafrost, microbes, silicon and all the rest?

O 3.4 in What goes around comes around - Biogeochemical cycling of Iron, Sulfur & Carbon in the Environment

Global warming is most pronounced in the Arctic region. Greenhouse gas (GHG) release from Artic soils increased due to global warming. By this, the Arctic may change from currently being a carbon sink to a future source. To improve accurate predictions of future GHG release from Arctic soils, it is important to unravel factors controlling both the microbial community structure and activity. Soil microbial activity is important for Arctic greenhouse gas production, but depends on soil conditions such as salinity being increased by calcium (Ca) and decreased by amorphous silica (Si) potentially enhancing water availability. In the Arctic, climate changes may alter salinity by changing Si and Ca concentrations upon Permafrost thaw as a result of global warming. Here we show, that higher Si concentration increased and higher Ca concentrations decreased the microbial CO2 production for both salt-poor and salt-rich soils. In salt-rich soil, Si increased the CO2 production, due to higher abundance of gram-negative bacteria. However, gram-positive Firmicutes were dominant in these soils, being positively related to Si. With increasing Ca concentration in salt-rich soils, CO2 production decreased, while the bacterial community became dominated by spore-forming gram-positive Firmicutes and Actinobacteria. The CO2 release from soils was directly affected by the abundance of microbes and their community structure. Our results highlight the importance of the soil Si and Ca concentration on organic carbon turnover by strongly changing microbial abundance and community structure, with consequences for CO2 release in the Arctic. Consequently, as Arctic soil microbial community structure is affected by the local geology, water balance and soil element concentrations such as Ca and Si we emphasizing the need of pan-Arctic soil chemistry maps. 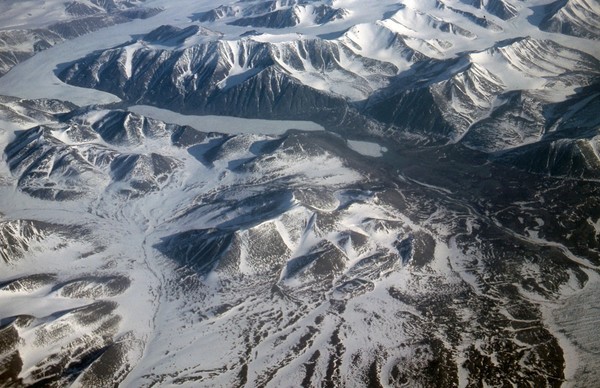