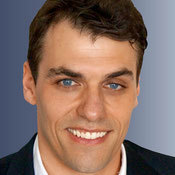 Anthropogenic interference on water and nutrient cycles: A key challenge in environmental science

Since industrialization, human activity has extensively influenced nutrient cycling on a global scale via anthropogenic nitrogen inputs, land use, and climatic change. In 1990 annual anthropogenic production rates of reactive nitrate (nitrogen from the Haber-Bosch process, cultivation of biological nitrogen fixating plants and fossil fuel consumption) have increased by the factor 10 compared to the late 19th century, exceeding the natural production rates of terrestrial ecosystems. By the year 2050, production rates for anthropogenic nitrogen are predicted to reach 270 Tera grams per year. The excessive supply of nutrients, as a consequence of artificial N-deposition, has severe consequences for ecosystem biodiversity and freshwater quality. The biggest unknown in predicting nutrient cycling for managed and unmanaged ecosystems is the rate of nutrient turnover that is associated with natural degradation and transformation processes and their interrelation to ecosystem characteristics. Thus the mechanistic understanding of how water, carbon, and nitrogen cycles are affected by human interference at multiple scales has emerged as a key challenge in environmental science.

My research is focused on interactions between hydrology and (bio-)geochemistry in terrestrial and aquatic systems. This includes catchments of various scales, shallow and deep aquifers, fluvial systems as well as interfaces between systems such as the hyporheic zone or mixing areas between deep and shallow aquifers. Process couplings between physically controlled hydrological processes and (bio-)geochemical processes take place on various spatiotemporal scales and are considered fundamental to control mechanisms for ecosystems. Understanding the nature of dependency of these interactions and how they influence nutrient-cycling and -availability in aquifers, catchments or rivers, is an extraordinarily inter-disciplinary challenge especially in the context of humanly mediated climate change.