From previous investigations (Bueche & Vetter 2014) is known, that lake Ammersee is recharged by groundwater to a certain percentage. Groundwater inflow spots are mapped by the groundwater indicator Radon (222Rn) and inflowing groundwater will be quantified. 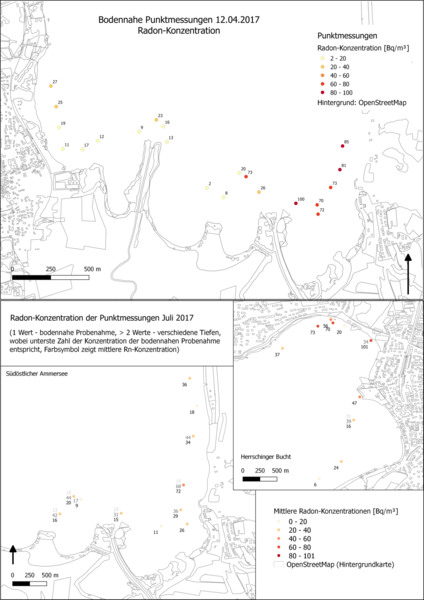