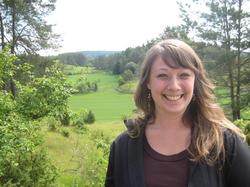 Bachelor Thesis: "The Influence of Extreme Weather Events (Drought, Heavy Rain) on the Root Biomass of Experimental Heathland Communities" as part of the EVENT experiment (a joint project between the University of Bayreuth and the Helmholtz Centre for Environmental Research - UFZ)

under the auspices of UNESCO in the Mamiraua Reserve, Brazil

Internship at the Helmholtz Centre for Environmental Research (UFZ)

Internship in the Environmental Department of the John Deere Werke Mannheim, Germany

22 Feb. 2008: Klimaforschungskongress by the state of Bavaria