Forests store huge amounts of terrestrial carbon (C) and remove billion of tons of anthropogenic C from the atmosphere by photosynthesis every year. Half of the assimilated C is allocated to roots, and a major part thereof is released into the soil via rhizodeposition. Despite the fact that rhizodeposition provokes the most dramatic changes in microbial-mediated processes in the soil, our understanding of the relevance of root-microbial interactions under natural conditions is limited. Hence, these interactions are hardly incorporated into ecosystem C models.

The present project aims to develop a predictive framework for understanding how tree species and their mycorrhizal associates couple C and nutrient cycles in central hardwood forests of North America.

Nearly all fine roots of trees are colonized by either arbuscular (AM) or ectomycorrhizal (ECM) fungi. In contrast to other soil microorganisms, mycorrhizal fungi are not limited in C as they are fueled with C from their autotrophic host. Hence, they have the potential to play a major role in nutrient mobilization through soil organic matter (SOM) decomposition.

We aim to gain a process-based understanding and a quantitative estimation of mycorrhizal-induced SOM decomposition. We assume that the mechanisms and the extent of SOM decomposition strongly vary between AM and ECM trees.

In this project, we will apply innovative interdisciplinary tools (isotope approaches coupled with microbiological techniques), and we will conduct studies on various temporal and spatial scales. On micro-scale, we intent to investigate binary links between tree roots and their associated fungi in microcosms. The capability of the AM and the ECM fungi for direct decomposition of SOM by extracellular enzyme production will be analyzed. Indirect decomposition of SOM through rhizosphere priming effects will be studied in rhizobox experiments. These experiments will also allow to determine the magnitude of priming as well as the mechanisms. Further, we will quantify the benefit in terms of nutrient uptake for the plant partner. On field scale, the mechanisms and the magnitude of mycorrhiza-induced C and nutrient cycling will be studied in a hardwood forest in Indiana with stands dominated by either AM or ECM trees.

This multidisciplinary and international project allows combining innovative techniques, taking advantage of long-term monitored well-established forests sites, and improving the scientific exchange between students and supervisors from the US and Germany. The project will significantly improve our knowledge on root-microbial interactions, and, thus, on vital ecosystem services of forests, such as carbon storage and nutrient retention. 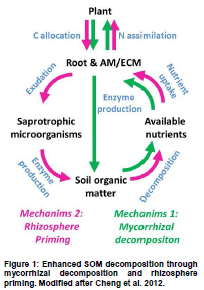 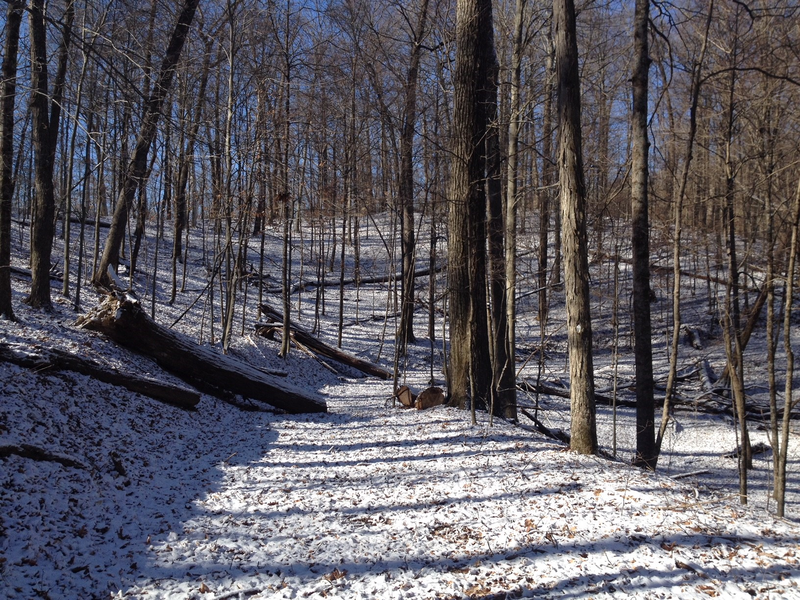