Start of the polar expedition NYTEFOX in Svalbard, Arctic 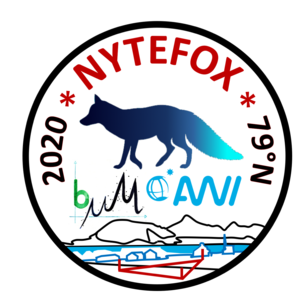 The polar expedition NY-alesund TurbulencE Fiber-Optic eXperiment in the Arctric starts on Feb 10, 2020 in cooperation with the climate physics group of the Alfred-Wegener-Instutite ( Potsdam) at the AWIPEV station in Spitzbergen/ Svalbard at 79º North. The objective is...

to investigate the atmospheric processes responsible for the heat and energy exchange between the air, sea ice, glacial ice, snow, open sea water and tundra which lead to the arctic  amplification of the climatic change in the polar regions. Our understanding of the physical exchange processes in close proximity to the heterogenous land surface is still insufficient and thus not contained in weather and climate models used for predicting the dramatic changes in the cold polar region in the Earth's climate system. It is the third expedition to the polar regions for the micrometeorology group (2012/13 Antarctica, 2018 Arctic). NYTEFOX starts durign the polar night and will gradually transition into the polar day in early March.

The core innovation of the experiment will use a trinangular-shaped fiber-optic array with a total length of about 700m to measure temperature and wind speed at high resolution. The innovate fiber-optic distributed sensing can capture and visualize flow structures near the ground common to long-lived stable polar boundary layers, which are not detected by classical point measurements from weather and eddy-covariance flux stations. The experiment will continue through the end of March. NYTEFOX receives funding from the Svalbard Integrated Arctic Earth Observating System (SIOS).