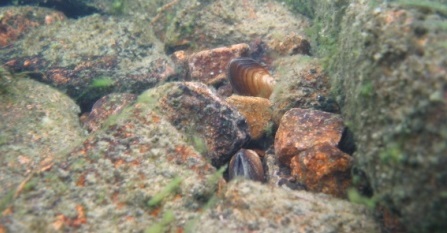 Conservation of endangered, cold-stenothermic species, such as the freshwater pearl mussel and its salmonid host fish, are particularly challenging in headwater streams as their last refuge areas. This simulation study analyses the impact of fish ponds on such streams using data from a region where ponds are numerous. Results on groundwater inflow from AquaKlif were used for calibrating the model. 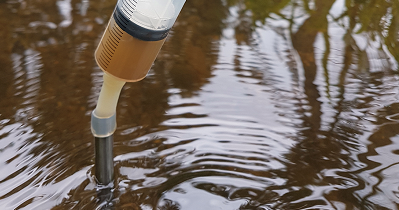 Dissolved oxygen is crucial for aerobic life in streams and rivers. However, climate and land use changes progressively disrupt metabolic balances in natural streams as sensitive reflectors of their catchments. In this work the authors tested dissolved oxygen and its stable isotope (18O/16O) ratios as novel tools for the status of stream ecosystems.

This study’s primary objective is to predict and analyze potential shifts in the water balance of headwater catchments in the lower mountain ranges in Central Europe, to estimate periods of hydrological drought conditions, and their characteristics. This was done using a Regional Climate Model Ensemble for the Lehstenbach catchment until the year 2100.

Hydropower is considered an important form of renewable energy, often involving hydropeaking - the water reservoir is filled and released periodically. The paper investigates effects of hydropeaking on fish habitats in a restored Danube tributary located 5km upstream the dam: successful development of salmonid eggs is inhibited here by the fluctuating waterlevel.

The role of fish ponds in sediment and nutrient inputs to a pearl mussel stream is examined. The paper compares two ways of draining ponds for fish harvesting. Nutrients dissolved in the water were released continuously, fine sediments mainly at the end of the draining process. A settling pond significantly reduces inputs of particulate matter, but different measures are needed for dissolved matter.

How does the amount of dissolved organic carbon (DOC) in a stream depend on the topography of the catchment, the current amount of precipitation and the soil moisture influenced by the previous weeks? The study investigates possible dependencies using the example of the Große Ohe in the Bavarian Forest National Park. 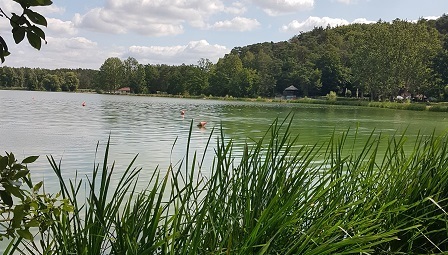 Cyanobacteria blooms degrade water quality, but also affect the turnover of carbon in water. The study uses stable isotope analyses over a total of 23 months at the Dechsendorf pond in the North of the Erlangen/Nuremberg area to investigate the effects of cyanobacteria blooms on inorganic as well as dissolved and particulate organic carbon in the water.

Beierkuhnlein, C.: Nature-based solutions must be realized - not just proclaimed - in face of climatic extremes. In "Erdkunde - Archive for Scientific Geography", Vol.75. (2021) 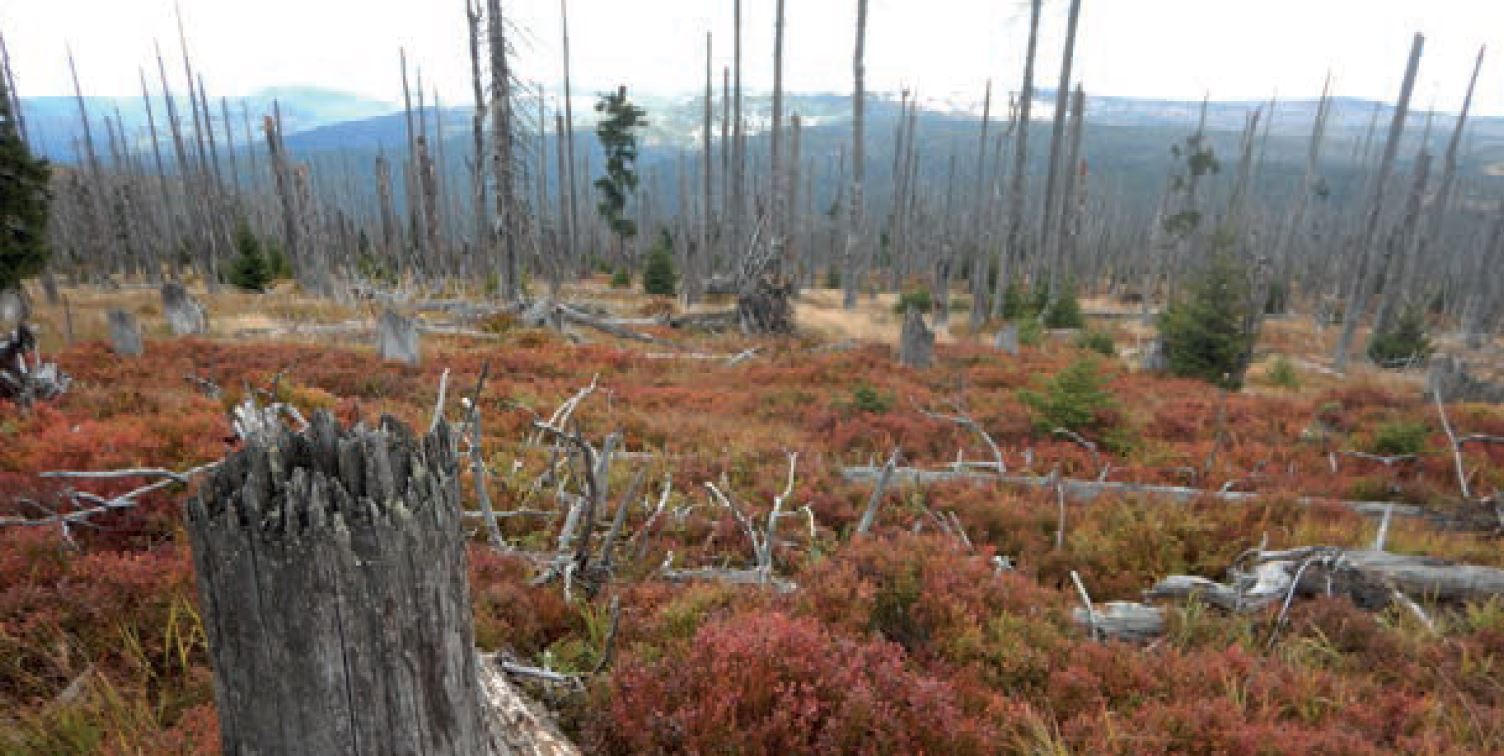 Natural disasters resulting from climate change are increasing in frequency and severity. Research has identified the diversity of plant species, ecosystems and landscape structures as a key factor in risk prevention. This article provides suggestions for sustainable and feasible approaches to crisis prevention at the landscape level - and calls for implementation.

Köhler, I; Martinez, RE; Piatka, D; Herrmann, AJ; Gallo, A; Gehringer, MM; Barth, JAC: How are oxygen budgets influenced by dissolved iron and growth of oxygenic phototrophs in an iron-rich spring system? Initial results from the Espan Spring in Fürth, Germany. Biogeosciences, 18, (2021). 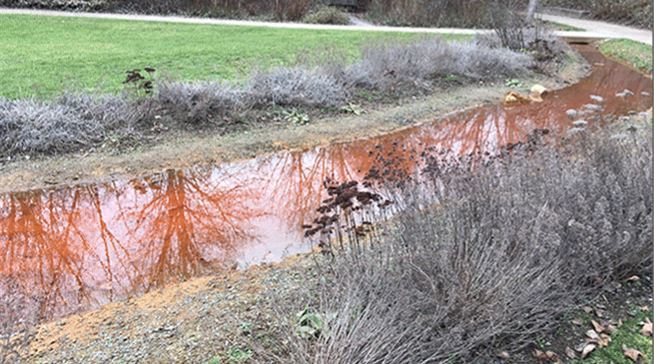 The methodological study deals for the first time with the seasonal dynamics of iron oxidation in a natural iron-rich water body, the Espan spring near Fürth/Germany. Measurement and analysis methods were tested that can be used to identify the processes that determine dissolved oxygen content. Oxygen isotope analyses are an important tool in AquaKlif. 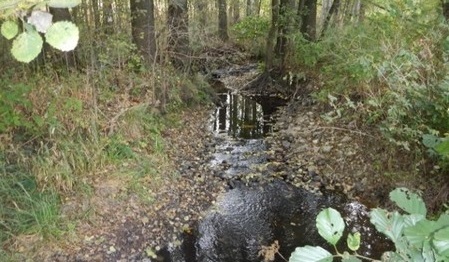 The importance of groundwater for the water balance of stream headwaters, which make up a large part of the world's flowing waters, is discussed. When water flow is low, the proportion of groundwater in  small headwaters may rise up to 70%, and aquatic ecosystems are then increasingly dependent on groundwater inflows. This should be taken into account for maintenance and protection of streams under changing climatic conditions.

The continuous accumulation of dissolved oxygen is vital for aquatic organisms and is threatened by many factors. Rivers integrate biogeochemical information of entire catchments, and their oxygen dynamics can reflect the health of ecosystems and landscapes. This review article shows these interrelations based on analyses from the GLObal RIver CHemistry Datenbank, and suggests new monitoring approaches for streams. 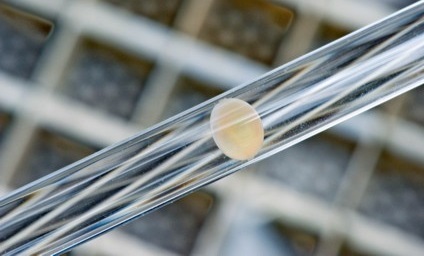 Increased deposition of fine sediments in rivers and streams affects important ecosystem processes at the sediment-water interface and is critical to stream habitat quality. The "HydroEcoSedimentary Tool" enables the collaborative assessment of sedimentation and other ecologically relevant processes in streambeds, with a focus on early life stages of brook trout. The new tool extends existing monitoring options of the stressor fine sediment deposition in streams.

Schaller J, Frei S, Rohn L, Gilfedder BS: Amorphous silica controls water storage capacity and phosphorus mobility in soils. Frontiers in Environmental Science, 8 (2020)
As a result of climate change, more frequent and longer periods of drought associated with crop failures are to be expected. At the same time, phosphorus used for fertilization is a limited resource. Amorphous silicate is capable of significantly increasing the water reserves available to plants in soils and mobilizing existing phosphorus, thus making it available to plants. This is demonstrated in the article using a sandy soil.

Increasing the water-holding capacity of agricultural soils serves not only to mitigate drought stress but also to alleviate the problems of flooding and erosion, the effects of which are being studied in AquaKlif.

Further material is listed in Publications from AquaKlif in German Language.